TIPS FOR THE ATHLETES 2 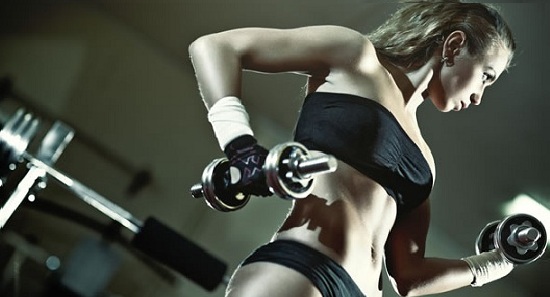 We want to propose you the article of M.D. Ennio Pasquinucci, which gives advice to athletes

that employed many hours to work out in the gym sweating with exasperating series of exercises hoping finally to improve your performance and achieve record dream, but then you are sure you have made all the best?
During the training sessions there are too many variables that even the most careful realize.
Today I would like a explain, ie the fatigue that occurs exercising in a gym with an excess of positive ions and negative ions to a shortage of blame to static electricity or air conditioning or air confined.
In this case, the amount of negative ions decreases because of the carbon dioxide that we produce with breathing during gymnastic exercises.
In an average gym with a twenty-goers, already after one hour ions per cubic centimeter down from three hundred to less than twenty per cubic centimeter.
With the air conditioning instead of the negative ions (those found in the high mountains, after a storm, in the woods, by the sea) are absorbed by the filters of ventilation.

In their absence it feels more tired because the negative ions act on the fatigue promoting the secretion of cortisol (a hormone typically anti-fatigue), also double the capacity for muscular work, making it less painful prolonged effort, and raising the serotonin (chemical messenger system nervous) that restores confidence in the athlete himself before a competition.
Thanks to negative ions speed up muscle contraction, increase neuromuscular excitability, stimulates the metabolism by increasing blood oxygenation and oxidation of sugars, thus eliminating waste and lactic acid acidosis responsible.

So, try to attend gyms equipped with adequate equipment manufacturers of negative ions to eliminate static charges and reduce the dust and smells of the gyms.
Negative ions stimulate your metabolism and re-equilibrate your partly eliminating fatigue and increasing your vitality. 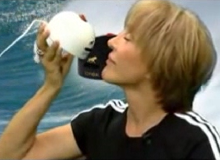 An interesting preparation formula for an athlete is to perform inhalation of twenty thousand ions per cubic centimeter for twenty minutes a day in the two weeks leading up to a competition.
After a month of ionization, the endurance will be increased by 200%.

In addition, scientific studies have shown a beneficial effect also on the genitals and sexual behavior in humans and animals.
Volkov, for example, has noted an improvement in the quality of semen of bulls and an increase in their sexual activity.

Our contribution
Is to bring to your attention the ionizer air IONEX 220 small, portable, quiet, does not emit ozone, maintenance free, ultra-low power consumption and powerful.

Related Articles :
– Tips for the athletes