BENEFITS FOR OUR WINGED FRIENDS

THE PRIMARY NEEDS OF CANARIES, GOLDFINCH, PARROTS AND OTHER WINGED FRIENDS 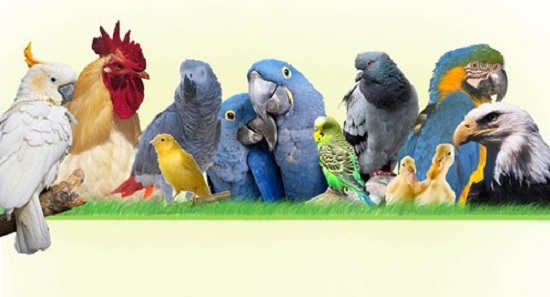 If you have a canary, a goldfinch, a parrot, remember that like all pets should be treated with care: normally do not like to be handled and if you touch them do it carefully. The wings and tail are delicate and without meaning to you could hurt them.

The birds are creatures of habit and eat always at the same time.

Among the recommended foods are better those that come from producers who comply with the organic-BIOLOGICAL guidelines.

We would like to give you one last tip to create a stable balance of environmental well-being that is immediately reflected on the health of our winged friends:

The birds have the air pockets which allow them to fly, in addition to the bone cavities intended precisely to store air. It ‘s clear that a beneficial effect on the human body given by the negative ionization of the air is more amplified in these animals which are literally full of air.

As above said, because the negative ions from one side bind to airborne particles causing them to precipitate, making the air pure as that which we find in the mountains or near the falls, on the other side they act on mold and bacteria inhibiting their development.

The effects of ionization has long been known in ornithology both by sports breeders like among breeders as intensive treatment, so well that in the environment where the birds are bred they are exposed to the air ionizers, when occurs a condition of crowding, typical of many farms, makes the use of this type of apparatus particularly advisable.

It should also be mentioned that many professional hatchers for breeding by hand integrate in their devices ionizer resulting a high percentage of births already for a long time.

Place the ionizer IONEX 220 with the carbon brush facing your winged friend. A device emits a stream of negative ions that purify the air.

The use of the IONEX 220 ionizer allows significant reduction of the microbial load in the air.

Many applications have shown that the use of IONEX 220 produces a net reduction of the fungal and bacterial population in the air of confined room where the ionizer is positioned.

Of course, as you can read in the section on applications, you can benefit from ionizer IONEX 220, too.